Book - The Enemy Series and the name signs.....

Two years ago Ed bought me a book series for my birthday which had 7 books in the series.  The Enemy Series, written by Charlie Higson, is a teen zombie story set over in England.  I know it sounds lame, but it was actually really well written and kept my interest throughout the entire series.  He bought a set of 6 because the 7th one wasn't out yet and I was itching to buy it right when it came out.  It was worth the wait! 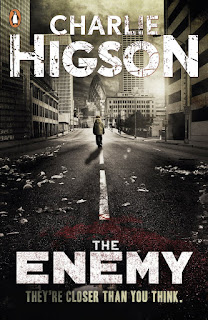 The thing that got me was that eight pages into the very first book, one of the main characters was named... OLLIE.  I always love seeing his name in books.  I'm reading Harry Potter to the boys every night before bed and have always loved the fact that one of the Gryffindor characters is named Oliver (Wood).  I just finished a book called The Broken Lands that briefly talks about a friend of the main character named, Oliver.

So the first book has an OLLIE.  I sit down to read the second book in the series and another main character is named ED.  Umm... weird.  I jokingly thought to myself that I will flip out if the next book has another of my immediate family members names in it.  Sure enough, I couldn't believe when I read that another character's name was, FINN.  So after three books in and three family members names, I thought that the craziness would end.  Ummmmm... no.  The fifth book briefly mentioned that a girl named, STACEY (spelled differently than mine) was killed by the zombies.  I couldn't get over it!  I knew that Eden, Jaren and Thor wouldn't be in it, but I was wrong.  They mentioned THOR in the sixth book and EDEN in the seventh!!  Jaren, however, did not make any of the hundreds of pages in the series.  I just couldn't get over how crazy it was!

Anyways... if you are looking for a new book series that keeps you engaged the whole way through, look no further than, The Enemy Series!

The Enemy
The Dead
The Fear
The Sacrifice
The Fallen
The Hunted
The End
Shared by Stacy at 9:31 PM No comments:

This is always a difficult time of year for me, but this year has been especially difficult.  Oliver would have been a junior in high school this year.  Eden, his sister, is a freshman and SHOULD have her older brother at school with her, telling her about the teachers and the crazy things that happen on a daily basis.  He should be showing her around to all of her classes and helping her with homework.  He would be 16 years old and with that comes many other things that should be happening at that age.  He would be driving.  He would be in his 3rd year of seminary, which is an early morning religion class they have every day before school.  He would be driving Eden to seminary this year and then to school.  He would hold the office of a priest in Young Men's at church.  He would be able to start dating.  Who would he be dating?  Someone from school?  Someone from church?  He'd be going to church youth activities and dances.  He would be working towards his Eagle Scout just like his dad.  He would be attending his junior prom this year.  He would have been a jock, I'm sure, as he was so athletic and loved sports.  He'd most likely be on the baseball team.  Who knows what else he'd be in, what else he'd be excelling at.  It's always tough to wonder what he would be doing, what he would look like.  He was always a head and shoulders shorter than everyone.  Would he have hit a growth spurt and be tall or would he have always been the short and stocky one?  How would his face have changed?  What would his voice sound like now?  Yeah... this year has been harder for me.  There have been tears shed this year... more tears than most.  But, we continue on.  I try to be excited for the other kids even though there is a part of my heart that will always be yearning for Ollie to be here as well.

One other difficult thing I see a lot on facebook, mainly at this time of year is the comment, "I wish they'd stop growing up!"  I always have to fight back the urge to say, "At least they get to grow up!"  I know that they don't mean anything by it because they haven't lived this reality that their child will never grow up.  They won't get to go to prom, graduate from high school, or move to the dorms in college.  They won't get to serve a mission, get married or have kids.  They won't be able to do all those things that come with growing up.  I do understand how they feel, as I realize that I only have 4 more years with Eden in the house and the boys will be following shortly thereafter.  It is sad to think about them all leaving the house because that part of my life will be over.  I just hate that phrase people use.  It just gets under my skin.

We didn't do our annual Ice Cream for Breakfast this year, it was Ice Cream for an After School Snack.  Since Eden left so early in the morning, we decided to wait until we could eat all together.  We still had to do it in some form to honor and remember Ollie.  Eden is a freshman in high school and the boys are in 2nd and 4th grade this year.  I got a photo of them in the morning and there was a huge dragonfly behind them in the ivy that flew away as they got closer.  It flew right past my face and next to my ear and then flew into the front yard.  I thought he was gone, but then flew right back to the same spot.  I'm sure it was a sign from Oliver that he was there with them, wishing for them to have a good year at school.  A reminder that he is always with them.  I also saw an Ollie heart in a spider web after the boys got home from school.  He is everywhere. 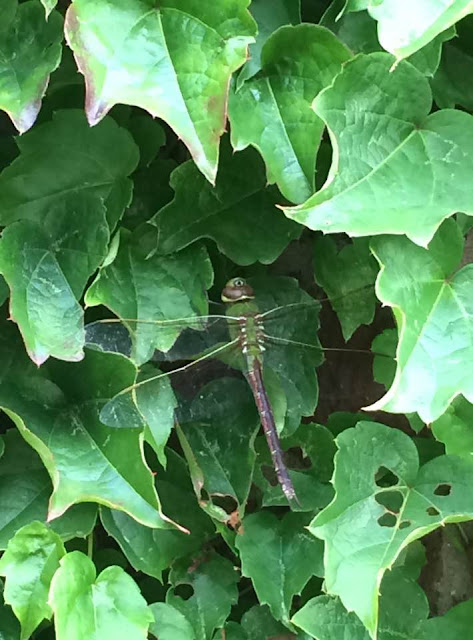 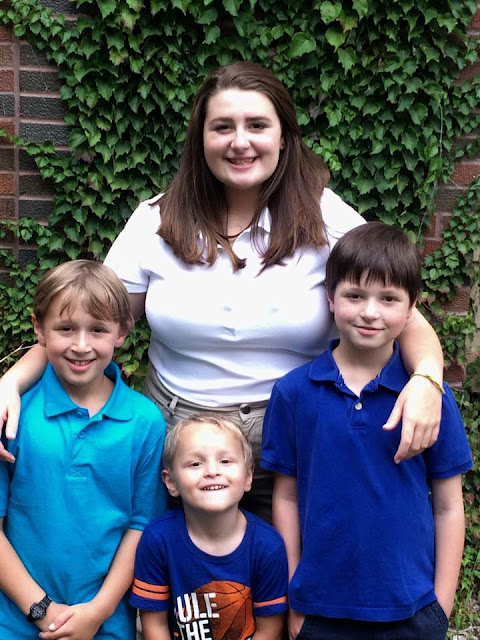 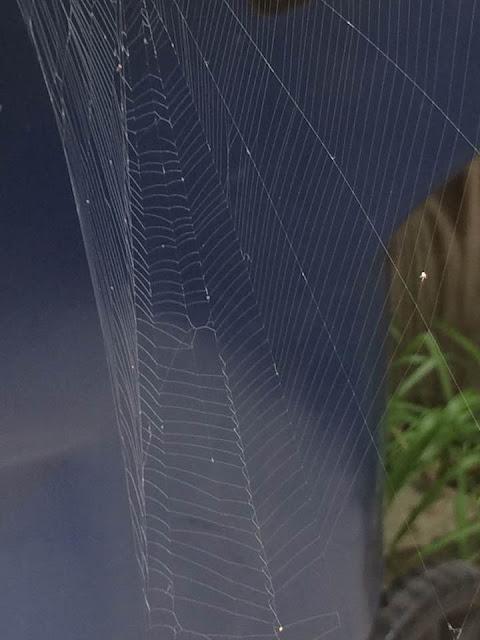 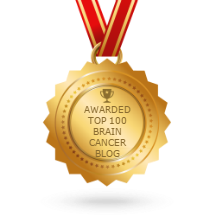 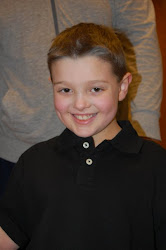 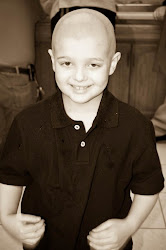 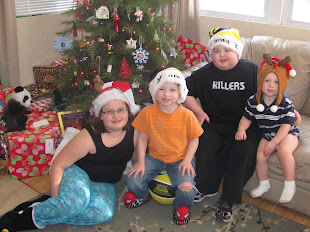 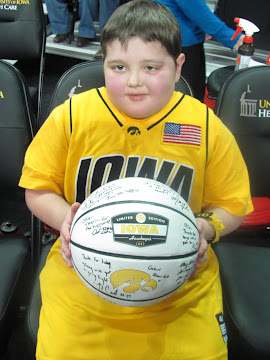 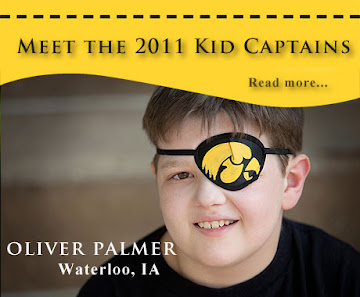 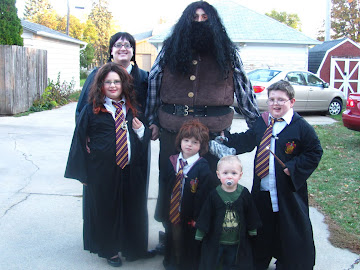 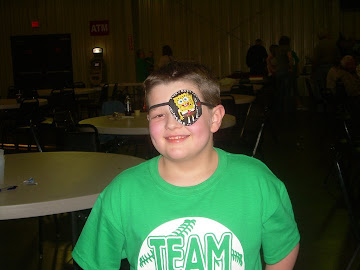 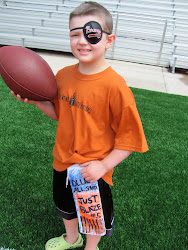 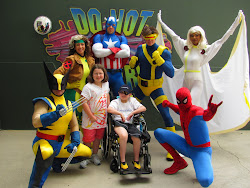 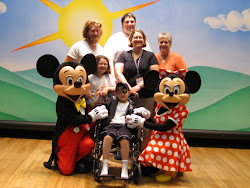 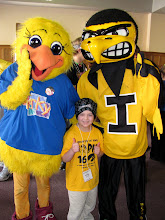 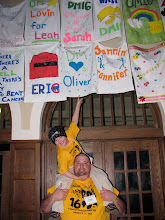 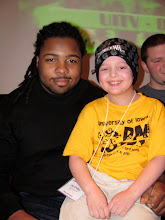